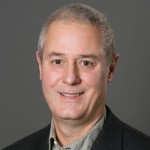 Andrew W. Parker a Board Certified Orthopaedic Surgeon, joined Orthopedic Associates in 1992. Dr. Parker attended Northwestern University Medical School. He completed his internship and residency through Northwestern University Medical School in Chicago before completing a Fellowship at Louisiana State University in Knee and Shoulder, Sports Medicine. He has been the team physician for the Colorado Avalanche since 1995. He also served as a consulting physician for the Denver Nuggets. Dr. Parker is a member of the American Academy of Orthopaedic Surgeons, American Orthopedic Society for Sports Medicine, and the National Hockey League Physician’s Society, serving as president from 1992 to 1994.

Certified:
American Board of Orthopaedic Surgery, 1994